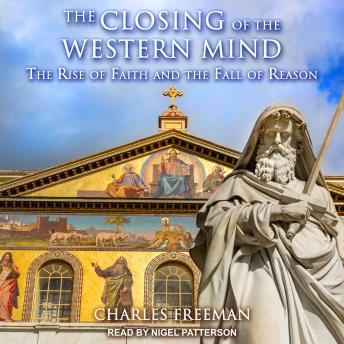 The Closing of the Western Mind: The Rise of Faith and the Fall of Reason

A radical and powerful reappraisal of the impact of Constantine's adoption of Christianity on the later Roman world, and on the subsequent development both of Christianity and of Western civilization.

When the Emperor Contstantine converted to Christianity in 368 AD, he changed the course of European history in ways that continue to have repercussions to the present day. Adopting those aspects of the religion that suited his purposes, he turned Rome on a course from the relatively open, tolerant and pluralistic civilization of the Hellenistic world, towards a culture that was based on the rule of fixed authority, whether that of the Bible, or the writings of Ptolemy in astronomy and of Galen and Hippocrates in medicine. Only a thousand years later, with the advent of the Renaissance and the emergence of modern science, did Europe begin to free itself from the effects of Constantine's decision, yet the effects of his establishment of Christianity as a state religion remain with us, in many respects, today. Brilliantly wide-ranging and ambitious, this is a major work of history.

Closing of the Western Mind: The Rise of Faith and the Fall of Reason