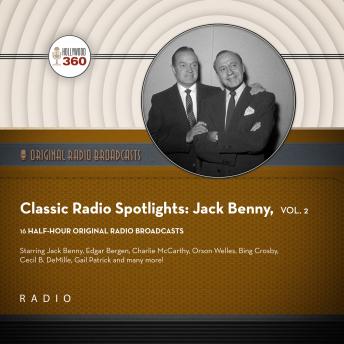 For over half a century, Jack Benny was one of the great comics of stage, screen, radio, and television. On his long-running radio and television programs, Benny was depicted as a miser who hoarded every penny he made. Year after year he denied he was older than thirty-nine while honing his persona of a vain and devious penny-pincher in stark contrast to the warm and generous human being he was in real life. Benny knew he could be funny by following one simple rule: let others deliver the punch lines. He discovered early that it didn’t matter who got the laughs on The Jack Benny Program as long as people were talking about how funny it was.

A staple on NBC radio for sixteen years, Jack Benny made headlines when he signed an unprecedented contract with rival network CBS. In late 1948, CBS hoped to dominate the broadcasting industry by successfully luring Jack Benny away from his long-term NBC contract. They later convinced him to appear on CBS television and by 1953, The Jack Benny Program was a weekly TV fan-favorite.