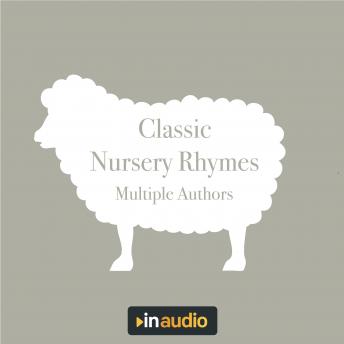 Nursery rhymes and fairy tales have their roots in the mists of time and storytellers throughout the ages have shaped these magical moral stories. Children have always responded to these classic fables being captured by the perennial fight between good and evil and identifying with the timeless characters involved in the stories. This enchanting collection of classic fairy tales brings together a whole host of well-known characters.

There are many theories about who Mother Goose was. One theory is that she was Queen Sheba of the Biblical times. Another suggests that she was Queen Bertha, the mother of Charlemagne, the great medieval military leader. She was nicknamed 'Queen Goose-Foot' or 'Goose-Footed Bertha.' Yet another theory suggests that the original Mother Goose was a woman named Elizabeth Goose, who lived in colonial Boston.

Vanessa Maroney has a wonderful gift for English dialects and has narrated many of our children's titles. She is a native of the British Isles and graduated from the Royal Academy of Dramatic Art, receiving the RADA silver medal, 'Sir Emile Littler' and 'Caryl Brahms' awards. An accomplished actress, she has recorded over 150 books.

This title is due for release on January 1, 2002
We'll send you an email as soon as it is available!