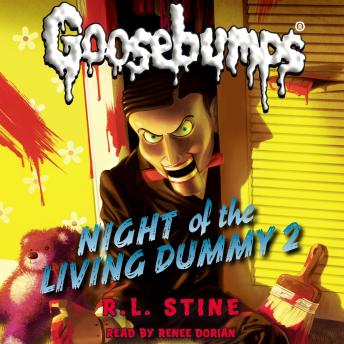 The original series from the Master of Fright--now a major motion picture in theaters August 7, 2015!

The original books featuring the scariest creatures from the Goosebumps movie, in theaters August 7, 2015!

Amy's ventriloquist dummy, Dennis, has lost his head...for real. So Amy begs her family for a new dummy. That's when her dad finds Slappy in a local pawnshop. Slappy's kind of ugly, but at least his head stays on!

Amy loves practicing her new comedy routine. It's like this dummy knows what she's thinking. Like he can move by himself. And it's a lot of fun...until Slappy starts a routine of his own. A nasty, horrible routine that isn't funny at all.

Slappy may have a new owner, but he's up to the same old tricks...

This title is due for release on November 1, 2015
We'll send you an email as soon as it is available!