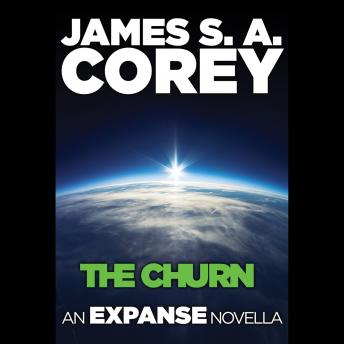 The Churn: An Expanse Novella

Written By: James S. A. Corey

A novella set in the hard-scrabble world of James S. A. Corey's NYT-bestselling Expanse series, The Churn takes the bestselling sci-fi series to the dark world of organized crime, drugs, secrets, and murder that shaped the Rocinante's mechanic, Amos. Now a Prime Original series.

Before his trip to the stars, before the Rocinante, Timmy was confined to a Baltimore where crime paid you or killed you. Unless the authorities got to you first.
On a future Earth beset by overpopulation, pollution, and poverty, people do what they must to survive. The Churn follows a crime boss named Burton as his organization is threatened by a new private security force tasked with cleaning up the city. When the police start cracking down, Burton and his footsoldiers-loyal lieutenant Erich, former prostitute Lydia, and young enforcer Timmy-become increasingly desperate to find a way out.

by James S. A. Corey

This title is due for release on June 10, 2014
We'll send you an email as soon as it is available!