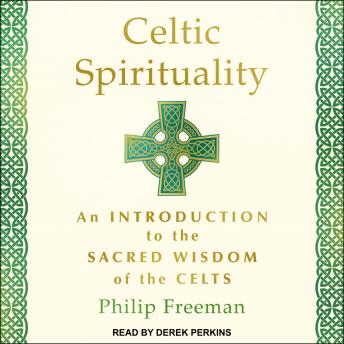 Celtic Spirituality: An Introduction to the Sacred Wisdom of the Celts

In Celtic Spirituality, acclaimed translator and scholar Philip Freeman allows the voices of the Celts to speak once more.

Though the Celtic civilization has long disappeared, lingering traces of their spirituality haunt Ireland and the surrounding land. Tantalizing snippets of faded manuscript pages, ancient stone carvings, and spells from the mystery-shrouded Druids have sparked the imagination of generations of modern seekers.

Translated from their original languages-Gaulish, Latin, Irish, and Welsh-the passages and stories in Celtic Spirituality are true artifacts of the Celts' vibrant and varied religion from both the pre-Christian and early Christian period. From a ritual of magical inspiration to stories of the ancient gods and adventures of long-forgotten heroes, Freeman has unearthed a stunning collection of Celtic work. The translation is accessible to the modern listener, but maintains the beauty and vibrancy of the original. Celtic Spirituality includes material that has never been translated before, offering a new glimpse into the wisdom and wild magic of the Celts.

This title is due for release on June 22, 2021
We'll send you an email as soon as it is available!