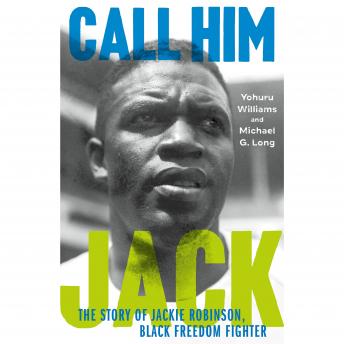 An enthralling, eye-opening portrayal of this barrier-breaking American hero as a lifelong, relentlessly proud fighter for Black justice and civil rights.

From prominent Robinson scholars Yohuru Williams and Michael G. Long comes Call Him Jack, an exciting biography that recovers the real person behind the legend, reanimating this famed figure’s legacy for new generations, widening our focus from the sportsman to the man as a whole, and deepening our appreciation for his achievements on the playing field in the process.

A Macmillan Audio production from Farrar, Straus and Giroux.

This title is due for release on September 20, 2022
We'll send you an email as soon as it is available!