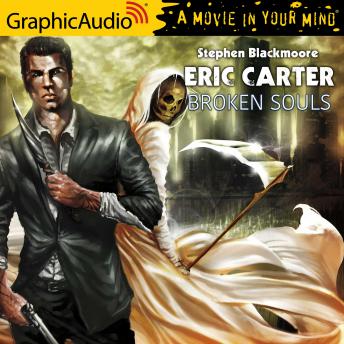 Sister murdered, best friend dead, married to the patron saint of death, Necromancer Eric Carter's return to Los Angeles hasn't gone well, and it's about to get even worse. His link to the death goddess is changing his powers, changing him.

While searching for a way to break Santa Muerte's hold over him, Carter finds himself the target of a psychopath who can steal anyone's form, powers, and memories. He can be anyone. He can be anywhere. All he has for help is a Skid Row bruja and a ghost who's either his dead friend Alex or the manifestation of Carter's own guilt-fueled psychotic break.

Everything is trying to kill him and nothing is as it seems. If all his plans go perfectly, he might survive the week.