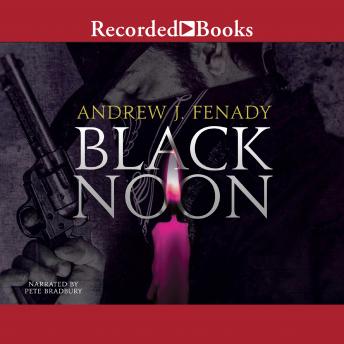 Owen Wister Award-Winning Author TERROR IN A SMALL TOWN. When their wagon breaks down in the desert, Reverend Jon Keyes and his ailing wife Lorna find themselves at the mercy of blistering heat, punishing thirst, and circling buzzards. On the brink of death, they are rescued by Caleb Hobbs and his beguiling daughter Deliverance, who take them to their home in San Melas. It's a strange little town, built to resemble the New England village they left behind. Everyone in the community is convinced that Jon's been sent from heaven-that he's capable of healing their sick and saving their flock. But can he save these God-fearing folk from the gunslinger Moon who descends on the town like a blood-thirsty vulture? Can he explain the robed figures who gather and chant after midnight? And finally, can a good man wage war with evil itself.without losing his life.or his soul? 'Crackling with the fury of a desert storm.'-True West on The Rebel: Johnny Yuma