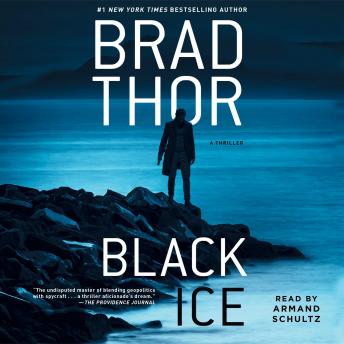 #20 of The Scot Harvath Series

The new Cold War is about to go hot.

#1 New York Times and #1 Wall Street Journal bestselling author Brad Thor is back with his most intense thriller yet.

Scot Harvath is having his best summer ever. With a cottage on the fjord, a boat, and his beautiful girlfriend Sølvi, he’s got everything he could possibly want. But out of vacation days and long overdue back home, America’s top spy has a decision to make—return, or submit his resignation.

When his deadly past comes calling, though, he’ll be left with no choice at all.

Leaving his favorite Oslo café, Harvath watches as a ghost climbs out of a taxi—a man he killed years ago, halfway around the world. How is he still alive? And what is he doing in Norway?

In a race against time that will take him high above the Arctic Circle, Harvath is tested in ways he has never imagined and pushed to a limit few human beings could ever endure.

If he succeeds, he’ll walk away with everything. If he fails, the United States and its allies will be at the mercy of one of the world’s most dangerous actors.

I didn't like it as much as previous titles

I love Brad Thor's Scott Harvath book series! But Black Ice was underwhelming to say the least. I did enjoy how Brad Thor portrays and describes Norway, I love how much detail he goes into describing equipment, the locations and team dialogue, but the story line was meh... Boring.

Having read the entire Scot Harvath series in order, I was really looking forward to this book being released. Every one of the previous books has been thoroughly engaging and exciting to read. Black Ice fell a little short of Brad Thor’s usual delivery of fast-paced action. The story line and the location of Norway was interesting but the characters were a little flat. The lengthy insertion of reminiscent anecdotes did nothing to advance the story and were distracting. Overall, I would say that this was not up to the excellence I’ve come to associate with Brad Thor’s novels.

This title is due for release on July 20, 2021
We'll send you an email as soon as it is available!