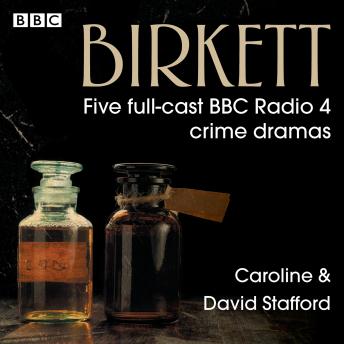 Five tales of murder, mayhem and political intrigue from the casebook of Norman Birkett

Norman Birkett KC (1883-1962) was a real-life Rumpole - a distinguished and highly skilled lawyer who had numerous successes in the courtroom during his long career. This collection covers some of his most famous cases of the inter-war years, including the dramatic trial of Buck Ruxton; the notorious Dennistoun affair; and the peculiar events surrounding the mysterious cyclist Ronald Light.

Norman Birkett and the Case of the Coleford Poisoner - The celebrated advocate defends a woman accused of murdering her husband with arsenic.

Birkett and the Blind Soldier - When a blind First World War veteran is charged with killing his wife, Birkett takes on his defence.

Birkett and the Green Bicycle - Appearing for the prosecution, the brilliant barrister deals with a case involving death by gunshot, pacifism and chocolate...

Birkett and the Red Stains on the Carpet - The renowned KC defends a doctor accused of murdering and dismembering his wife and maid.

Birkett and the Naked Toreador - Norman Birkett takes on the case that made his name in this extraordinary saga of blackmail, snobbery, society scandal and bullfighting...

David Haig and Neil Dudgeon star as Birkett, with Alison Pettitt and Bonnie Engstrom as his wife, Billie, and Alun Raglan as his clerk, Edgar.

Written by Caroline and David Stafford
Directed by Marc Beeby

This title is due for release on January 6, 2022
We'll send you an email as soon as it is available!