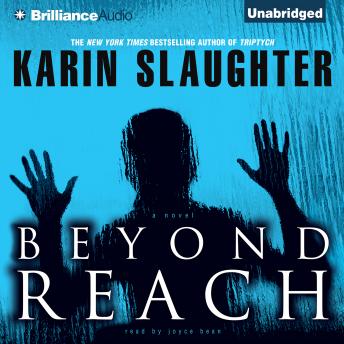 In a stifling jail cell in a hardscrabble Georgia town, Detective Lena Adams sits in stubborn silence: bruised, angry, and the only suspect in a horrific murder that left a woman incinerated beyond recognition. A hundred miles away, Police Chief Jeffrey Tolliver has gotten the call that his young detective has been arrested. Jeffrey's wife, pediatrician and medical examiner Sara Linton, has little patience for Lena or her dramas. Fighting a heartbreaking malpractice suit, struggling to pick up the pieces of a shattered career, the last thing Sara needs is to see Jeffrey playing Lena's knight in shining armor. Sara cannot guess that within days she herself will be at the center of a bizarre and murderous case. For Lena has fled back to the place where she grew up hard, careening back through the shadows of her past and into a shocking underground world of bigotry and rage. The man who raised her is slowly killing himself with drugs. The man who beguiled - and beat - her is reaching out from prison. And now only Jeffrey and Sara can free Lena from the web of lies, betrayal, and brutality that has trapped her - as this powerhouse of a novel races toward its shattering climax...and a final, unforgettable twist.

This title is due for release on July 31, 2007
We'll send you an email as soon as it is available!