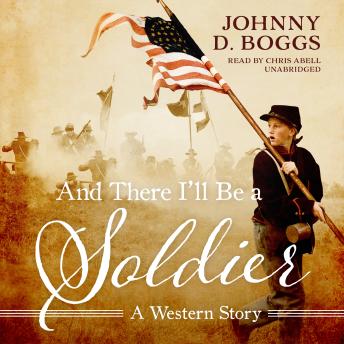 And There I’ll Be a Soldier: A Western Story

Tormented by Southern partisans, Missouri farm boy Caleb Cole joins the Union’s Eighteenth Missouri. About the same time, down on the Texas coast, violin-playing Ryan McCalla, from a well-to-do family, enlists in the Confederacy’s Second Texas—mainly in the spirit of adventure—with some friends.

The two teenagers are about to grow up quickly.

Fate will bring the two together—along with a teenage girl from Corinth, Mississippi, when the Confederate and Union armies clash at Shiloh, Tennessee, and then again in the town of Corinth.

They will learn that war is far from glorious.

And There I’ll Be a Soldier: A Western Story

This title is due for release on March 1, 2017
We'll send you an email as soon as it is available!