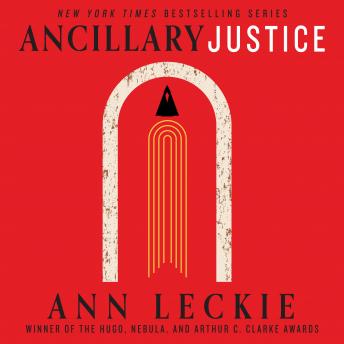 Ancillary Justice is Ann Leckie's stunning debut -- the only novel to ever win the Hugo, Nebula, and Arthur C. Clarke awards -- about a ship's AI who becomes trapped in a human body and her quest for revenge. A must read for fans of Ursula K. Le Guin and James S. A. Corey.

'There are few who write science fiction like Ann Leckie can. There are few who ever could.' -- John Scalzi
On a remote, icy planet, the soldier known as Breq is drawing closer to completing her quest.

Once, she was the Justice of Toren -- a colossal starship with an artificial intelligence linking thousands of soldiers in the service of the Radch, the empire that conquered the galaxy.

Now, an act of treachery has ripped it all away, leaving her with one fragile human body, unanswered questions, and a burning desire for vengeance.

This title is due for release on November 13, 2018
We'll send you an email as soon as it is available!