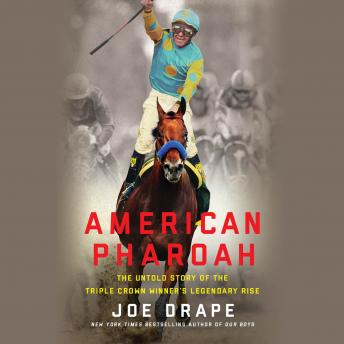 History was made at the 2015 Belmont Stakes when American Pharoah won the Triple Crown, the first since Affirmed in 1978. As magnificent as the champion is, the team behind him has been all too human while on the road to immortality.

Written by an award-winning New York Times sportswriter, American Pharoah is the definitive account not only of how the ethereal colt won the Kentucky Derby, Preakness, and Belmont Stakes, but how he changed lives. Through extensive interviews, Drape explores the making of an exceptional racehorse, chronicling key events en route to history. Covering everything from the flamboyant owner's successful track record, the jockey's earlier heartbreaking losses, and the Hall of Fame trainer's intensity, Drape paints a stirring portrait of a horse for the ages and the people around him.