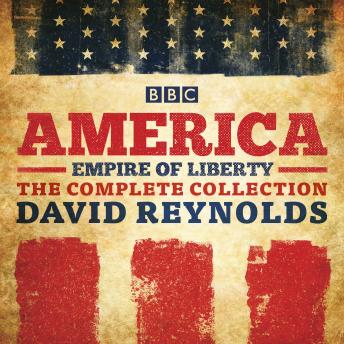 This epic narrative tells America’s story through the voices of those who lived it - presidents and farmers, mothers and children, settlers and soldiers, slaves and Indians. The series celebrates the country’s achievements but also examines its paradoxes by investigating three abiding themes of American life: empire, liberty and faith.

Empire of Liberty: From the arrival of Native Americans from Asia, to the slave trade and the forced relocation of the Indians, the first series describes how the US expanded to cover a whole continent, laying the foundations of a superpower - if the country could remain united.
Power & Progress: The second series depicts the tragedy and heroism of the Civil War (1861-65), which finally ended slavery - though not racial discrimination - and the dynamism of the reunited nation as it grew into an industrial giant. America’s role in the Second World War is also examined.
Empire & Evil: The final series chronicles America’s long struggle with the Soviet Union, and examines the effect of that confrontation on American values, particularly in Vietnam and Watergate. The country’s struggle to overcome its racist past led from the Civil Rights Movement to its first black president. Also examined is the impact of Elvis on popular music, the battle over abortion and the story of the personal computer and the information revolution.

This title is due for release on June 15, 2017
We'll send you an email as soon as it is available!