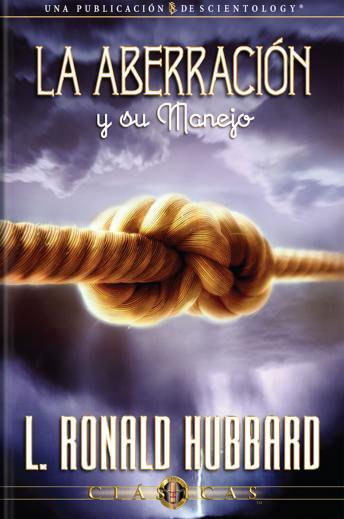 Aberration and the Handling Of (Spanish edition)

Aberration and the Handling Of

I'm going to talk to you now about what aberration is. Aberration. Means exactly what it says. Aberration. It means something isn't going straight. It's basically an optical term, aberration, which drifted over into the field of the mind. - L. Ron Hubbard

What malignant seed grows in the human mind that not only prevents individuals from "thinking straight," but forces them to act out their irrationalities? Man's failure over many millennia to find the cause of aberration has exacted an incalculable toll in personal unhappiness and
ruined lives.

But were the answer found, the horizons would be unlimited.
Individuals could achieve the lasting success they desire. Families would thrive, united and strong. Groups and organizations would reach new levels of prosperity. Nations would flourish, realizing they no longer need resolve their differences by violence and war. And even the brotherhood of Man might graduate from poetry to reality.

Here, then, with the isolation of the germ of destruction hidden
for so long in the human mind, is the knowledge to actually reach
those goals. Individuals, groups, nations and civilization itself can
be freed from the bitter consequences of aberration. The answer
lies in the discovery of the previously unknown mental image
picture and, by virtue of all thus revealed, the prospect of a
better world for all.

Aberration and the Handling Of (Spanish edition)