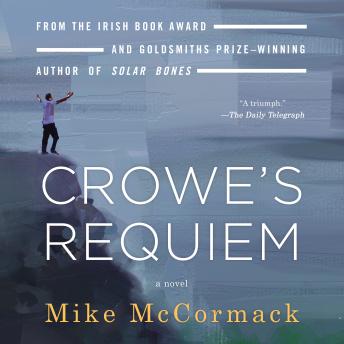 Originally published in 1998, the first novel from the author of Booker-listed Solar Bones, Crowe's Requiem is an eerie, fable-like work that confirmed Mike McCormack as a stunning new voice in world literature.

McCormack's myth-tinged debut novel gives us the unforgettable Crowe and his endlessly curious and self-mythologizing stories. Crowe is born in the remote village of Furnace in the West of Ireland and raised by his grandfather, a man of 'madness and bullying love,' who teaches him grim lessons about existence. Entirely silent until his third birthday, Crowe becomes an observant and isolated teenager, eventually leaving Furnace for university in a 'wrong-footed' and bewildering city. There he meets a woman who will change his life and outlook, but a diagnosis with a rare and fatal aging disease means that his time with her will be cut tragically short. A profound, philosophical, and darkly funny meditation on childhood, aging, and the nature of life and death, Crowe's Requiem challenges us with the powers and limits of stories to capture the pains, wonders, and mysteries of being a person in a 'wrong world.'