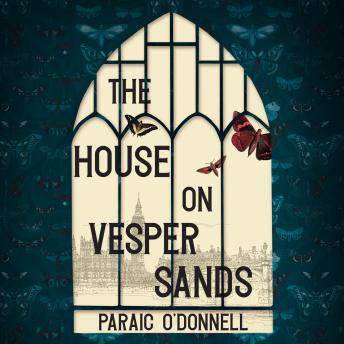 The House on Vesper Sands

With all the wit of a Jane Austen novel, and a case as beguiling as any in Sherlock Holmes's casebook, Paraic O'Donnell introduces a detective duo for the ages, and slowly unlocks the secrets of a startling Victorian mystery.

London, 1893: high up in a house on a dark, snowy night, a lone seamstress stands by a window. So begins the swirling, serpentine world of Paraic O'Donnell's Victorian-inspired mystery, the story of a city cloaked in shadow, but burning with questions: why does the seamstress choose to jump out of that window? Why is there a cryptic message sewn into her skin? And how is she connected to a rash of missing girls, all of whom seem to have disappeared under similar circumstances?

On the case is Gideon Bliss, a young Cambridge dropout who is in love with one of the missing girls, and his partner Inspector Cutter, a detective as sharp and committed to his work as he is wryly hilarious. There's also Octavia Hillingdon, a young reporter determined to tell stories that feel important despite her employer's preference that she write a women's society column. By turns clever, surprising, and impossible to put down, The House on Vesper Sands peels back the mystery layer by layer, offering in the strange undertow of late nineteenth-century London a startling glimpse at the secrets we all hold inside us.