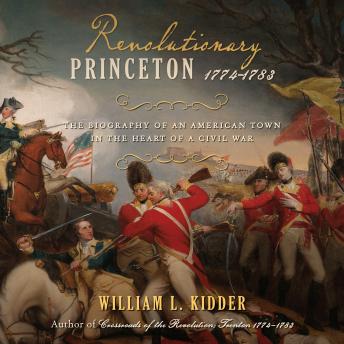 Revolutionary Princeton 1774-1783: The Biography of an American Town in the Heart of a Civil War

Discover how eighteenth-century Princeton and its residents-including two signers of the Declaration of Independence-contributed to and were affected by the American Revolution.

The battles of Trenton and Princeton have been the subject of several recent books, but this story complements them by expanding the story to include the many experiences of the people of Princeton in the wider Revolution and their contributions to it. This story combines social history with the better known military and political history of the Revolution. It does not just deal with amorphous groups and institutions, but rather with individuals working with and affected by various groups on both sides of the conflict. Listeners can identify with real people they get to know in the story. This story of Princeton unfolds in narrative format and, while deeply researched, will seem more like a novel than an academic study.

Revolutionary Princeton 1774-1783: The Biography of an American Town in the Heart of a Civil War