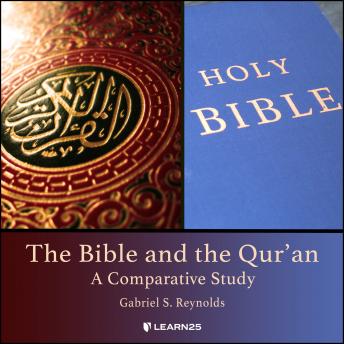 The Bible and the Qur'an: A Comparative Study

What would you like to know about the Qur'an and its relationship to the Bible?

Written in beautifully poetic and rhythmic language, the Qur'an comprises 114 suras ("chapters"). To Christians, its structure can at first seem unusual, and indeed, the Qur'an differs from our scriptures in fundamental ways. As you study the Qur'an, you will gain a deep appreciation for its striking differences from the Bible and the importance of this religious text revered by one-point-seven billion Muslims around the world.

In this superb course, you will receive a general introduction to the Qur'an, paying particular attention to its relationship with the Bible. Prof. Gabriel Reynolds, a scholar of Islamic studies at Notre Dame, guides you through the beautiful language, fascinating history, and varied interpretations of the Qur'an. By embarking on this exploration, you will more deeply understand Islam and its conversation with Christianity.

The first part introduces you to the life of Muhammad, the literary qualities of the Qur'an, and its historical context. After looking closely at the themes of the Qur'an, you will explore its portrayals of Jesus and other biblical figures, as well as how Christianity has interacted with it throughout history. Then, you will look at academic controversies and traditional Islamic teachings on the Qur'an. Finally, you will examine how Muslims approach the Qur'an in the modern world.

This course is part of the Learn25 collection and includes a free PDF study guide.

Bible and the Qur'an: A Comparative Study

This title is due for release on October 7, 2015
We'll send you an email as soon as it is available!